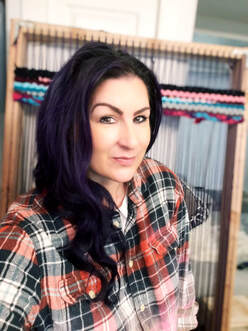 ​​
​​I am a survivor of The 1992 Federal Siege at Ruby Ridge®
​I am the oldest surviving daughter of Randy & Vicki Weaver.
​ For many years I struggled with grief and depression, burdened by the deaths of my mom, Vicki and my little brother, Sam.
This is my story. 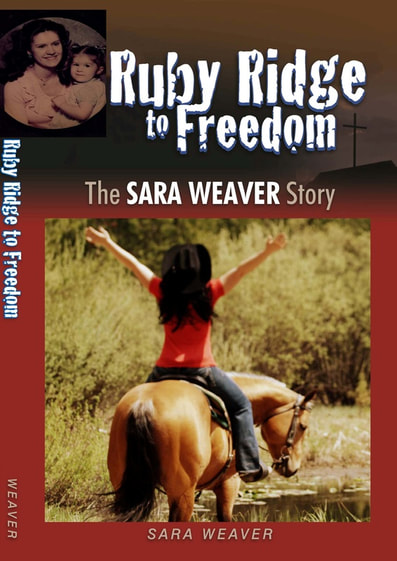 ​​Follow along as I take you along my journey

CLICK HERE TO ORDER
​YOUR PERSONALLY AUTOGRAPHED BOOK
In 2020, Sara started working on a project that her mother taught her how to do 30 years ago.
Sara used to spend long winter evenings on the mountain with her mom, Vicki, cutting and prepping materials for what would later become colorful, useful one of a kind creations.
HOMESTEAD UPCYCLING AT ITS BEST!
Now Sara is creating these homemade rugs in memory of her mom, Vicki and her little brother, Sam.
And now more recently with his passing, her father, Randy.
This is a tribute to all of the hard work and love her mom would put into everything she did. At that time, Vicki would hand make so many useful items for the family. For Sara, these memories are like a big warm hug from her mom.

Handwoven by Sara -with love- Made in the U.S.A.
Rugs Handwoven By Sara
To Order Click Here 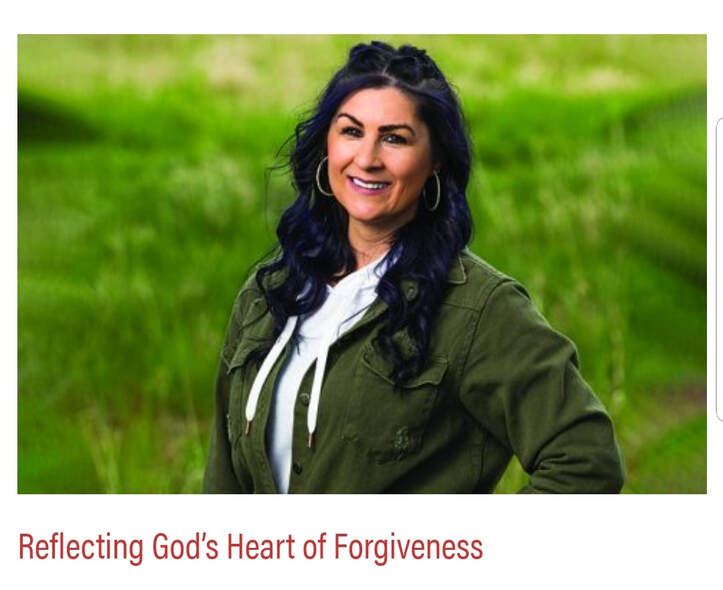 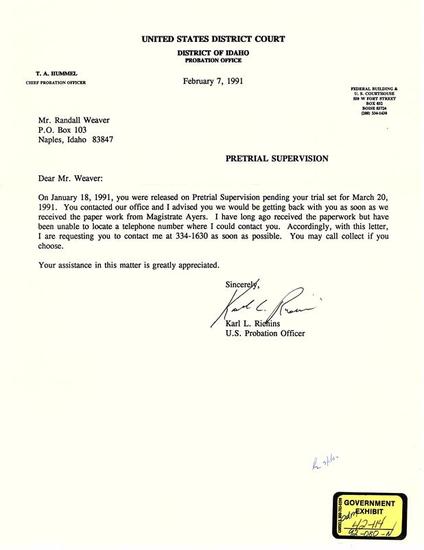 ​"Approximately 20 minutes after our arrest, Vicki was released and I
was taken to the county jail in Coeur d'Alene, Idaho. I was released the following day after signing my property over as a promissory bond to assure my appearance in court on February 19,1991. The magistrate told me that I would lose my property if I lost my case in court. This lead us to believe that we would most likely lose our property; I'd be sitting in prison and Vicki and the kids would be homeless. ( The magistrate later admitted, during the trial in Boise, Idaho, that he had given us erroneous information about the property bond.)
Within in a week or so, my probation officer sent me a letter stating that the court date was to be March 20, 1991, when in fact it had been changed to February 20, 1991. When I didn't  show up for court on the February 20th date, it was broadcast over the radio that I was like a 'wild animal' up in the mountains,
​ but that the U.S. Marshals would
'bring me in.'
When I sent a copy of the document stating the March 20, 1991 court date to the media, they confronted the U.S. Marshals' office in Boise.
The Marshals' office lied and denied that it had happened. It was at that point that we decided to stay on the mountain. We hoped that there was someone who cared enough to seek out the truth and help
us get through this whole mess. I guess you could say we were looking for a miracle."
-Randy Weaver, The Federal Siege at Ruby Ridge 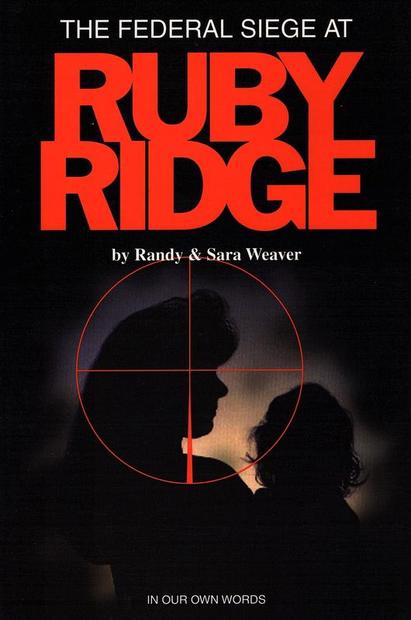 "I met Frank K. in 1984. Frank was a bit on the goofy side, always talking about ways to get even with the government. In retrospect, I wondered many times if he wasn't a snitch. It was Frank who talked me into attending my first Aryan Nation World Congress near Hayden Lake, Idaho in '86. He suggest we go down and ' see what it's all about.' At the time I was not aware of the magnitude of the governments efforts to infiltrate right wing organizations. I already knew that I didn't agree with the Supremacist philosophy held by the Aryan Nation members, but I was curious and I am always interested in learning more about religious beliefs. Frank and I drove down to hear what they had to say.
There was quite an assortment of people there from all over the U.S.,
a few from Europe and some from Canada. I talked to a number of people there who also did not agree with the Aryan Nation racial views.
They, like me, enjoyed sharing common beliefs and learning about different view points. I only listened to a couple of the scheduled speakers in their church before I realized I didn't want to hear any more tirades against non-whites. I was much more comfortable outside at the picnic tables mingling with the crowds. I can understand hating someone because they hurt you or your family, but to hate someone just because they are of another race, is sheer ignorance." 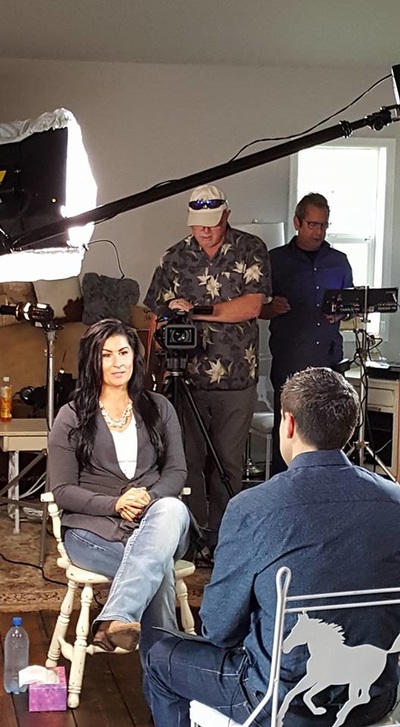 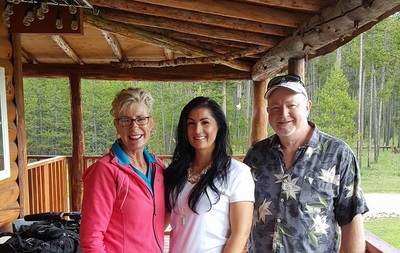 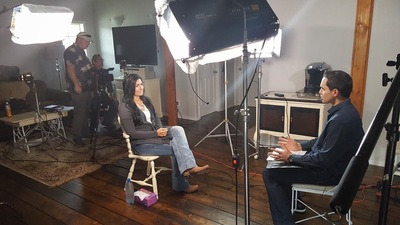 ​For each purchase, Sara will donate $1.00  directly to the Sparrow's Nest of Northwest Montana to help unaccompanied homeless high school students. 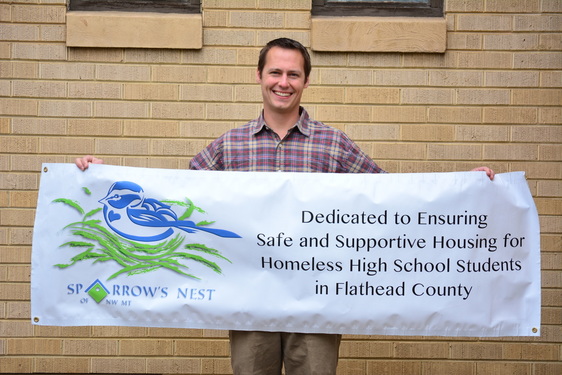 "Sparrow’s Nest of Northwest Montana is an emerging organization in Flathead County, excited to work with our community to ensure our unaccompanied homeless high school students have a safe place to sleep at night. We envision our organization as a mechanism for empowering our unaccompanied homeless high school students to graduate and become productive, contributing members of our community. " 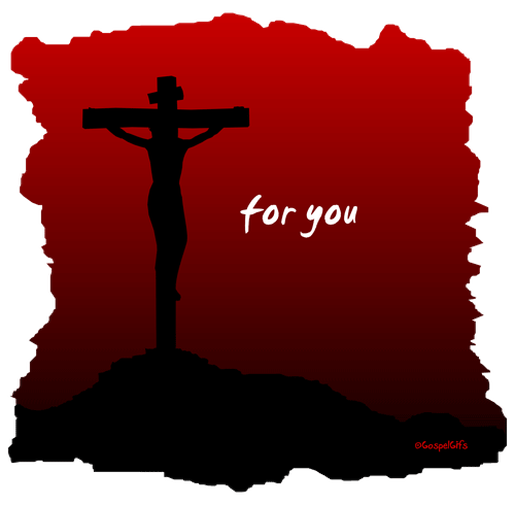