Sara Weaver was born March 16th 1976 in Cedar Falls Iowa. She is the oldest daughter of Randy and Vicki Weaver, most recognized in association with the 1992 national tragedy, The Federal Siege at Ruby Ridge®. Sara lost her mother Vicki and her younger brother Sam during the violent 11 day siege, at the tender age of 16. She was standing right next to her mother when her mother was shot in the head and killed by an F.B.I. sniper. As a result of this tragedy, Sara has had much to overcome. She was required to appear in Washington D.C. to speak at Senate hearings about Ruby Ridge® at just 18 years of age and has handled intense media scrutiny. In the years following Ruby Ridge®, Sara has had to deal with deep depression, PTSD and has worked hard at overcoming her own personal pain. In spite of this tragedy, Sara has a message of hope and forgiveness to share with the world. Sara credits God first and foremost, for that ongoing success. She experiences spiritual and emotional freedom from her past through the power of forgiveness through her Lord and Savior Jesus Christ, for those who hurt her. She is a published author and most recently has been interviewed by William Shatner for Aftermath on the Biography channel, as well as CBN for the 700 Club. Sara now also travels and speaks about her experiences to help others find freedom from the wounds of life and share hope that though life can be extremely tough, it doesn’t have to destroy you. Through sharing her own personal story, Sara has seen many, many individuals find the courage to begin the healing process in their own lives. She also has a passion to help educate her own generation about what went wrong at Ruby Ridge® with the hope that it never happens again.

Sara currently lives in Montana with her husband and son. 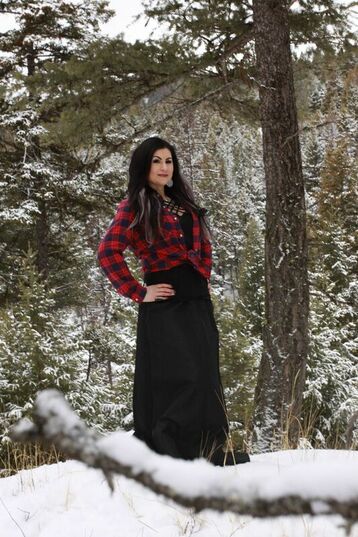 My name is Sara Weaver.  I am a survivor of The 1992 Federal Siege at Ruby Ridge® and the oldest daughter of  Randy Weaver.  For many years I struggled with grief and depression, burdened by the deaths of my mom and little brother. I am sharing my story, because I have been forgiven by the saving power of my Lord and Savior, Jesus Christ. I now have the freedom to forgive those that took the lives of my mom and my little brother when I was just sixteen.  My heart is to share with you, how that is possible.  My prayer, is that you would be blessed by my story and find God's incredible healing and love, in your own life.

﻿"Yet those who wait for the Lord will gain new strength; They will mount up with wings like eagles...." Isaiah 40:31 NAS﻿
​
"For God so loved the world, that He gave His only begotten son. That whoever believes in Him shall not perish, but have eternal life.  John 3:16
"For God did not send His Son, Jesus, into the world to condemn the world, but that the world through Him might be saved."   John 3:17